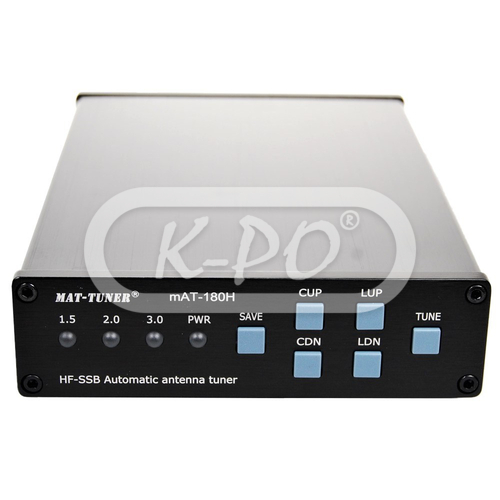 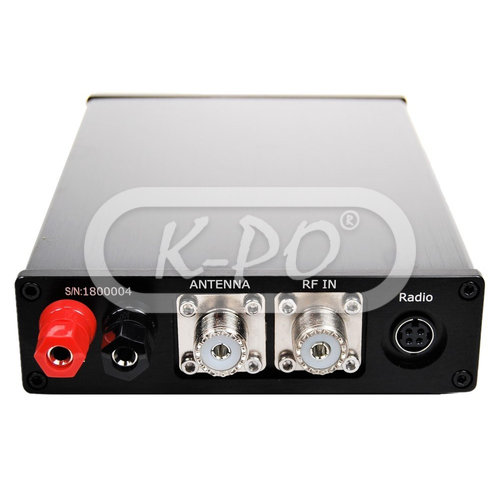 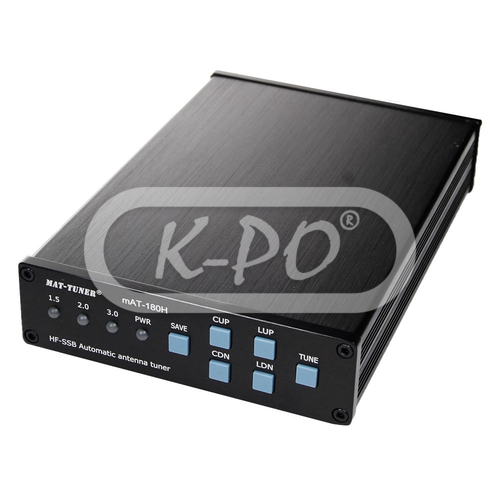 The mAT-180H provides automatic antenna tuning across the entire HF spectrum, 1.6 - 54 MHz, plus 6 meters, at power levels up to 120 watts. It will tune dipoles, verticals, yagis, or virtually any coax-fed antenna. It will match an amazing range of antennas and impedances, far greater than some other tuners you may have considered, including the built-in tuners on many radios.

The mAT-180H has 16,000 frequency memories. When tuning on or near a previously tuned frequency, the mAT-180H uses "Memory Tune" to recall the previous tuning parameters in a fraction of a second. If no memorized settings are available, the tuner runs a full tuning cycle, storing the parameters for memory recall on subsequent tuning cycles on that frequency. In this manner, the mAT-180H "learns" as it is used, adapting to the bands and frequencies as it goes.

To facilitate the use of wire antennas, in addition to having two SO-239 standard RF sockets, the rear panel of the mAT-180H has two terminals, one red and one black. Red terminal for connecting the wire antenna, black terminal for connecting the ground wire. The mAT-180H connects to the transceiver via its tuner jack to control the tuning cycle, the transceivers tune button controls the tuner. The tuner jack also powers the tuner, so it requires no external power supply.

Please note: The mAT-180H is rated at 120 Watts maximum power input at most. Many HAM transceivers, and virtually all amplifiers, output well over 120 Watts. Power levels that significantly exceed the given specifications will definitely damage or destroy your mAT-180H. If your tuner fails during overload, it could also damage your transceiver. Be sure to observe the specified power limitations.