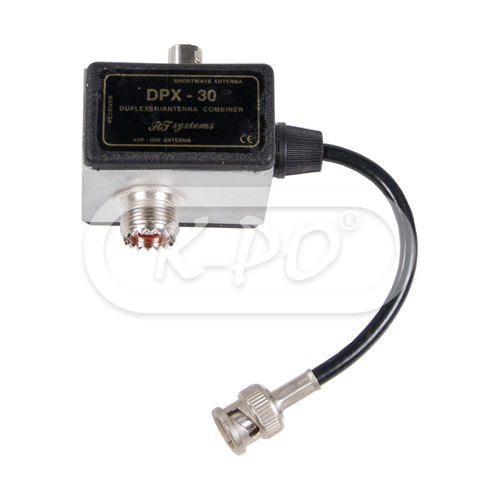 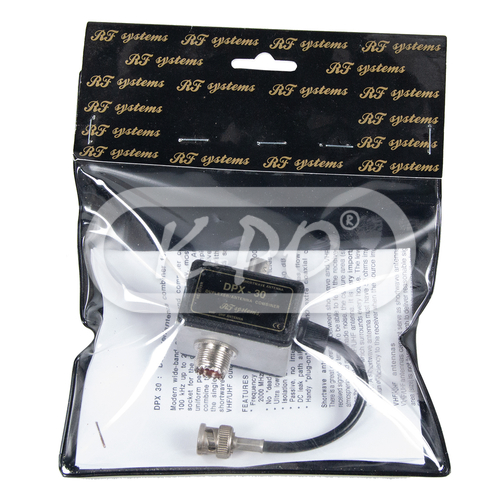 The RF Systems DPX-30 is designed to work with today's wide band scanners covering the range of 100 kHz to 2000 MHz. Most such wideband receivers only have one antenna input jack (usually a BNC). Yet finding a single antenna to cover this immense range is almost impossible. The DPX-30 makes it possible to combine the the signals of a separate shortwave and separate VHF/UHF antenna to the single antenna input of the receiver. It accomplishes this without mutual interference and prevents overload of the wideband radio.